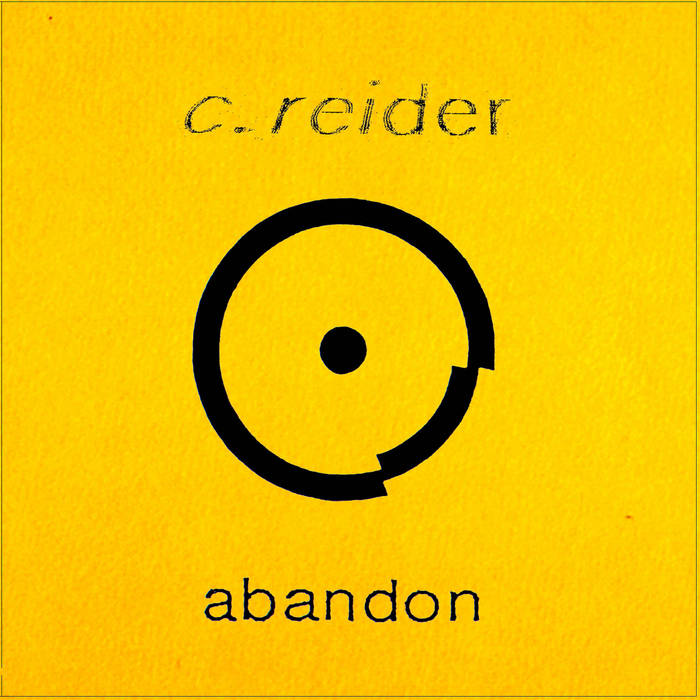 This was a curious album, operating as a catch-all for various smaller projects that either didn't come to full fruition or otherwise hadn't made their way onto a proper release.

Despite its scatterbrained nature, this is actually my favorite - and I think the most representational - record from this early period of my music.

The record was compiled during my transition from analogue to digital multitracking, all tracks were constructed on digital 8 track from source tracks that originated on 4-track analogue.

There is a HUGE amount of information, a track-by-track breakdown on the release page at Vuzh Music. If you're interested, you can read it here: www.vuzhmusic.com/releases/abandon.html

There is a lot of collaborative work on this release.
Credits:

Eric Barnes was the interview subject on YCD

Jehn Cerron, a.k.a. Eyelight collaborated with me on Organic Machinery cycles one through four. One and two appear here, cycle three was on my album "Aughtet", and cycle four appeared on the compilation cassette "linked dreams of lonely moons". Her more recent stuff can be heard here: officeekiti.bandcamp.com/album/jehn-cerron-works

John Gore, a.k.a. Kirchenkampf collaborated with me on Rim of Froth parts one through three. John's done a ton of cool shit in his time, here's his bandcamp page: kirchenkampf.bandcamp.com

Ian C. Stewart is a friend of mine, we were in the band Drone Forest ( droneforest.com ) together. He's on the track "Fast Fertilizer" I sent him source tracks, he remixed it, and then I remixed his remix.

Adam Brutto and I went to school together in Estes Park. We were in a band together for a while. The fourth track "Fire at..." samples a bit of a recording we did together, you can hear a couple of brief sounds he made on chapman stick.

C. Hodges did a dream recital on "the Statue", which was cut up & set to music. We also collaborated on her album as Auzel and more recently on this: archive.org/details/C.ReiderAndC.Hodges-FourImprovisations