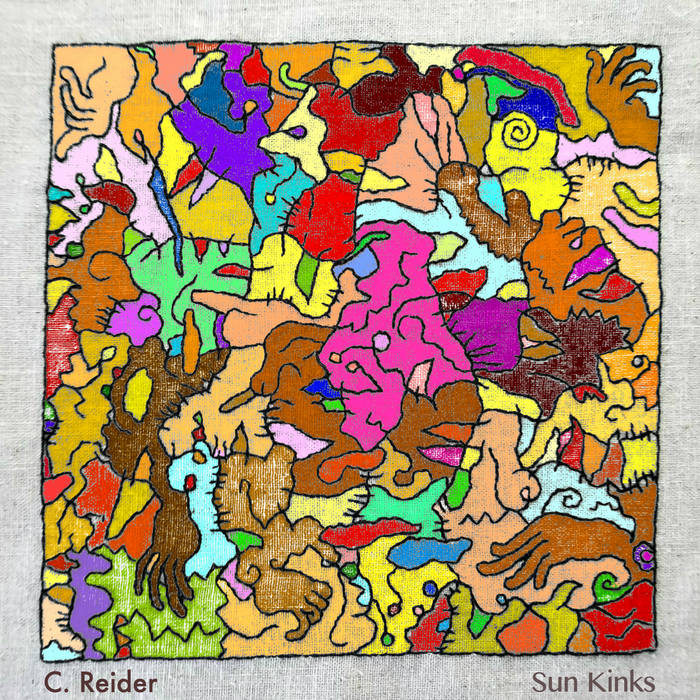 This album marked kind of a shift in my understanding of music that I cannot yet put into words. It's a first jab at a kind of lo-fi psychedelic minimalism that grew out of that shift. It was completed during the Summer just before the 2016 U.S. election, which seems like a lifetime ago. Sun Kinks was submitted to and rejected by three separate labels, one held it for over a year before finally rejecting. I had felt so positive about this music, but the fact of having it limbo for so long, and rejected so many times was discouraging. Along with other losses and setbacks during the last couple of years, it compounded into a very intense feeling of creative demoralization, a feeling that maybe listeners can't connect with what I do. Due in part to its history in my creative evolution, I persist in loving this work. Releasing it - at last - means I do not concede defeat.

I have always consciously worked toward making music that requires patient attentiveness. If you have some patience and attention to spare, and you're willing to give it up for this album, I will be very grateful. My gratitude also to anyone who encourages me and other artists to persist, even when things are bleak. We need each other.

This is the third part to see release from a trilogy including previous releases titled Chew Cinders and the Science of Inattention.
It probably makes more sense as part II, coming after Chew Cinders, but circumstances conspired against releasing these pieces in the best order.

WEDNESDAY WISDOM:
Today I am featuring “Sun Kinks”, the latest release from Colorado based experimental electronic artist C. Reider. It’s a personal and genre-bending collection of compositions for synths and vocal/found sound samples. These pieces are at once too rhythmic to be drone, too joyfully musical to be strictly noise, too stark to be techno. C. Reider describes this music as “psychedelic minimalism” and that seems to make sense… listening to the music as I walked through downtown Portland, it blended with the ambient sounds and spoke to the psychedelic nature of the everyday. Highlights for me include the 14+ minute title track, where an undulating group of a few layered synth patches slowly decay from lush pulses of sound to gritty faded clicks, and “OctoberLoops” which combines some echoing vocal samples with a sparse industrial synth rhythm for a surprising hip-hop vibe. While this album is severely minimal in terms of the number of sounds, samples and patches used in each composition, repeated listens reveal untold depths of experience embodied in their arrangements. Reider said he had trouble finding a place for and a confidence in this music and that several labels rejected it. If I had a label I would rush the release! Highly, highly recommended.