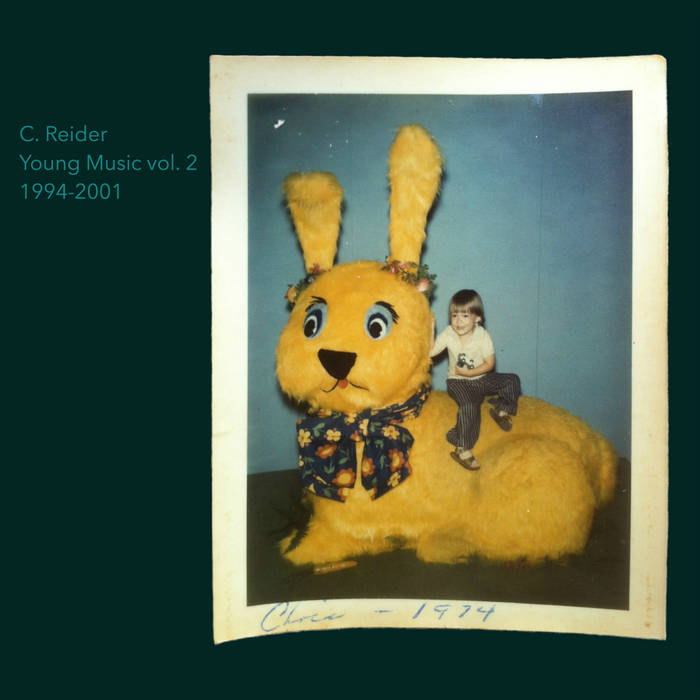 This second volume of collected early works spans the years 1994 to 2001, when I was twenty-three to thirty years old. Like the first volume, it spans a period of time when I used many different ways to record music: first by borrowing equipment from friends, or by layering sounds by bouncing from one tape player to another - to a Fostex 4-track recorder - to an early hard-disk recorder, the Roland VS-880 - before I finally started doing work on computer. Some of my more drone-based work from this early period has ended up on this volume of work. Drones have felt like a natural expressive medium for me since the beginning, and I am unsure about why that came to be, since I grew up listening to a lot of pop music.

Everything appearing here is lo-fi as fuck, much of it goes on for too long, and some of it may annoy. All tracks are derived directly from mixes I made (either to tape or DAT) at or near the time I originally recorded the stuff.

Fracture Two
As with OgitrevOnidrev from Vol 1 and Ouch, which appears later on this volume, this piece is from an embarrassing prog-metal project I did in the nineties. I’m completely uninterested in ever re-releasing any more from that project than these three pieces. As you can gather from the title, this piece was a sequel to the piece that appears as the second track on this volume, sequenced out of order only because I prefer how that sounds.
Recorded to 4-track 1996, using guitar.

Fracture One (Needles Crisp Escape)
Recorded to 4-track during my earliest days playing around with multitracking on my own, back when I essentially only owned a guitar and an amplifier and some cables. Like the previous piece, it’s just four tracks of improvised two-handed guitar tapping. I’m continually surprised at how “jazzy” it sounds. This is entirely an accident. This appeared on some versions of my tape release “not named”.
Recorded to 4-track in February 1994, using guitar

Organic Machinery (cycle three (version))
The third track from my collaboration with Jehn Cerron of Eyelight appears on my album “Aughtet”. This version is basically my standalone part, with her contribution mixed out. It’s me singing a drone into a mic with a long delay in stereo recorded all in one take.
Recorded to two tracks on 4-track by C. Reider in 1995 using voice.

Agitar
This track and the next one came from a project called “Altered Statements” in which the tactic was to remix sounds from the movie Altered States. I wrote some background context about this project for Young Music vol. 1. As this was done on the early digital hard-disk recorder, the VS-880, you can hear more of a reliance on loops and editing. The sounds in this particular track used sounds from a scene in the movie that were set a laboratory.
Recorded to digital 8-track in 1997, using solely samples from the movie Altered States.

Sostener
Another piece from “Altered Statements”. This one used several little snippets of John Corigliano’s score as it appeared in the movie between spoken lines of dialogue, all run through some reverb & other effects using an Alesis Midiverb 4.
Recorded to digital 8-track in 1997, using solely samples from the movie Altered States.

Cern
I believe this track was done in about 2001, but I don’t have documentation to say yea or nay. It was recorded on my old Mac G4 using (probably) MetaSynth for sound processing, Peak for editing and MetaTracks to compile. I’m unsure how that synth part came about, since I didn’t have any synths… possibly it was a stock sound on MetaSynth somewhere. I sent this to Ian C. Stewart intending for him to add to it, but he refused saying it sounded complete already. This was a precursor to our later collaboration in the group Drone Forest, which started up operations in 2003, (and which marked the end of the “era” that these Young Music compilations are documenting.) This was on SoundCloud for a brief time, but otherwise this piece was never released on any album, though it was considered for “Plangents”, which compiles my music from the early 00's.
Recorded on computer in 2001, using unremembered sound sources, probably mostly Metasynth.

Ouch
A final piece from that prog-metal project. It features the long delay guitar stuff I did a lot back then, inspired by Robert Fripp. There’s also a couple of tracks of guitar doing shitty-sounding power chords on the accent beats in 5 and 7, making the Fripp reference a bit too on-the-nose. Thankfully, it’s carried off with such amateurishness and shitty sound quality that it doesn’t seem to crossover into outright rip-off.
Recorded to 4-track 1996, using guitar.

Slow Seed 3
The Slow Seed project was three long tracks of improvised sounds. I believe it was the first project I worked on with the new digital 8-track recorder, the VS-880. I didn't end up releasing any of it at the time because I wasn’t happy with the sound quality. After several years away from the material, I eventually released Slow Seed Part One on an album called Abandon (c-reider.bandcamp.com/album/abandon ), which was a catch-all album of re-mixed older stuff that hadn’t yet been released. Slow Seed part 2 appeared on Young Music vol. 1, and this is the first appearance of Slow Seed part 3 anywhere.
Some more background on the Slow Seed project appears in the notes to Young Music vol. 1, though I will expand that to say that PBK’s remix of Slow Seed source materials feature sounds from this track in particular, and they’re recognizable as such. You can hear that on his Headmix album.
Recorded to digital 8-track in 1997, using guitar.