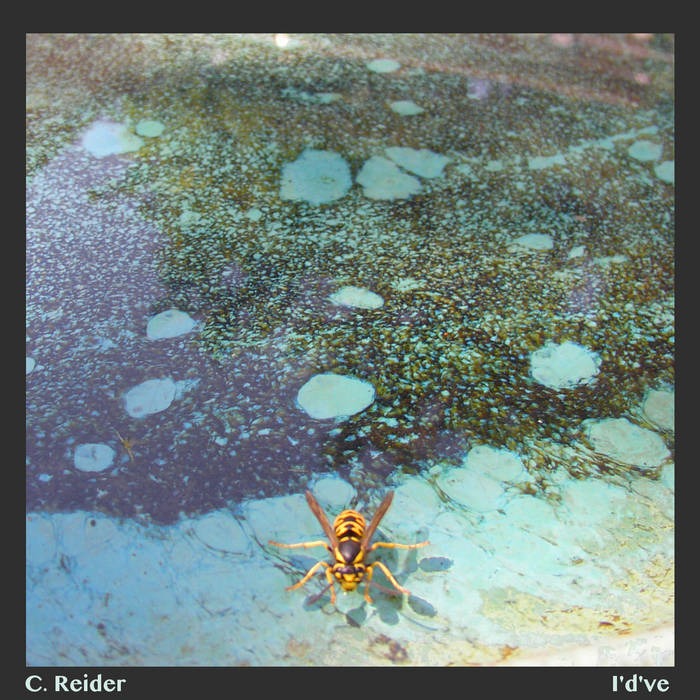 hEARt PhoniX One of my very favorite albums from 2014. Offers a wide range of drone styles, one track more captivating than the other. When I first heard this advancing from track to track I was a) flying from euphoria and b) felt instantly at home. Definitely a classic. If you love experimental drones => go for it. :) Favorite track: At the Monolith.

This record was completed in 2003. It sat unreleased for over ten years. Why? Well, it's complicated. I was very deeply involved in Drone Forest when I worked on this, and I felt that maybe this album might 'conflict' somehow with that group work. So I held it back for a couple of years due to that. Later, because I felt this recording was 'special', I became determined to have a physical release for it, so I submitted it for consideration to a number of labels for CD or vinyl release. None were interested. The track "At the Monolith" was almost released on 7", but that project was scuttled. These recordings are now old enough that I can't quite remember how some of them were done. I hear some guitar, field recordings, scrap metal - some OS9 programs like MetaSynth, ArtMatic and SoundHack. It was likely at least some of this was edited in Peak and compiled in MetaTrack. I long felt that this was some of my best work from that period, so it's a pity that it languished for so long.

The following review by ears4eyes.blogspot.jp/2014/02/c-reider-idve-self-released.html

"C. Reider created this excellent solo album in 2003 while in the group Drone Forest; it finally emerges as a self-released project after an inexplicable disinterest from various labels. It recalls KTL with its glassy cold synths wrapping around the scrape of metal and the buried subterranean roar of guitars. ‘Strings’ sounds like great endless buzzing wires, vibrating in a wind. ‘Menos’ has a haunted fridge ambience, abandoned and long forgotten, but still somehow rattling with electricity. ‘At the Monolith’ fizzes with what may be processed voices lost among a humming drizzled pall of hum. ‘Blade of water’ pulses with life, a mottled sickly reptile skin throbbing in lurid close-up. ‘Movaerea’ is comparatively serene, a diaphanous shimmer, expansive, soft and beautiful.
These pieces tunnel through different textures and examine varying approaches to the summoning of drone: sometimes aqueous, often rusted and malevolent. Soaked in an atmosphere of implacable dread, but never merely a schlocky horror-fest, the sound rumbles and whispers from an unseen location, like the weird carved symbol hidden behind the bathroom mirror in Ben Wheatley’s Kill List.
A captivating album of drift and patient subtle noise construction, ‘I’d’ve’ has languished far too long unheard. Allow it into your ears; let it settle behind the wallpaper of your mind as if its always been there, glowing with unobserved peripheral mischief."